Morrisville, NC is a rapidly growing Triangle community that is located between the Town of Cary and Research Triangle Park, and the source of many chiropractic clients of Sandez Family Chiropractic & Wellness Center.  Morrisville’s, primarily in western Wake County, and in close proximity to the newly constructed Highway 540 beltway has made it a preferred home for many of the area’s residents and corporations. Sandez Chiropractic’s location, “just over the line” from Morrisville, makes Sandez the preferred choice for many chiropractic patients. 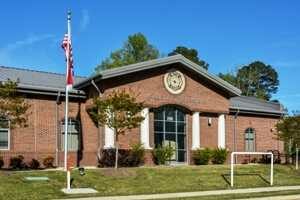 The area was named Morrisville in 1852, in honor of Jeremiah Morris, who donated land to the North Carolina Railroad to build a depot in the area between Raleigh and Chapel Hill.  For much of its existence, Morrisville remained a largely rural and farm-friendly community, even as neighboring Cary welcomed tens of thousands of new residents and Research Triangle Park became the home of leading technology corporations.  As recently as 1980, Morrisville’s official population was fewer than 300 people.

Within the past decade, Morrisville has begun witnessing the same type of significant growth of neighboring Triangle communities.  Population has quadrupled since the turn of the century, to approximately 20,000 residents.  The addition of large shopping complexes and expansion of country roads to major thoroughfares has complimented the presence of large companies, such as Lenovo, Tekelec and Lulu.

Sandez Chiropractic
is located less than a mile from the Morrisville – Cary boundary and is pleased to provide chiropractic services for many patients who live or work in this dynamic, growing part of the Triangle. When you, a family member or friend require the services of a qualified, experienced chiropractor that ideally located for Morrisville patients, we hope you call on Sandez Chiropractic for the best in chiropractic care. For more information about the practice or to book an appointment call 919-535-3091 or use our Online Form.